Did milk pasteurization help fight tuberculosis in the US in the 20th century? 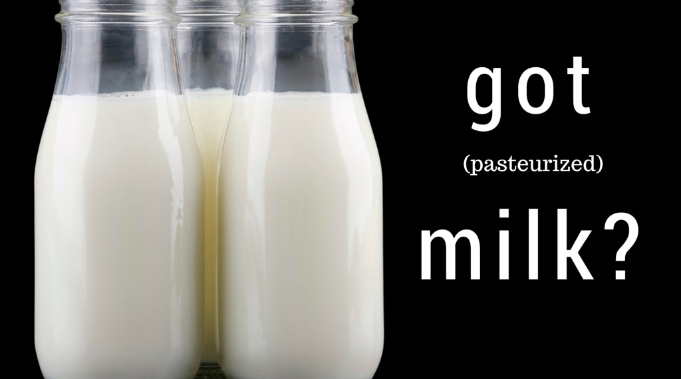 Did milk pasteurization help fight tuberculosis in the US in the 20th century?

Milk pasteurization was particularly important for public health during the 20th century. The introduction of it in the US signalizes the relevance of food safety to public health and shows that the cause of some diseases is not always what one may think. In addition, it demonstrates the importance of intersectoral work to eradicate a disease in a country. In this case the efforts of hospitals and disease prevention centers were not enough to alleviate the problem. It was necessary that the cattle and milk industries got involved by changing their processes. Transmission of TB from animals to humans

We ground our understanding of tuberculosis (TB) in the notion that many species of Mycobacterium (causative agent of tuberculosis) exist. In humans, the disease is primarily caused by one or two forms of this bacterial species: Mycobacterium bovis and Mycobacterium tuberculosis. Cattle and other domestic animals can be infected by M. bovis. It is then spread to humans by eating meat or drinking milk from tuberculous-infected animals.

Bovine TB has been virtually eliminated from the United States because of cattle screening programs and milk pasteurization during the first decades of the twentieth century. However, M. bovis caused illness and death in large numbers in American infants and children in the late nineteenth and early twentieth centuries (25% of TB cases in children were caused by M. bovis).

Scientists, though, did not agree on that until after 1910.

Although not yet linked to TB, in the late nineteenth, thousands of New York City children died from drinking impure milk. Nathan Straus, one of New York’s most important reformers, wanted to alleviate this problem. In 1893, he decided to provide pure milk to the city’s poorest children. Influenced by one of his colleagues, Straus began to advocate that all cow’s milk be treated with the new sterilization technique developed by Louis Pasteur (pasteurization). Soon Straus was supervising a chain of milk depots that distributed pasteurized milk to low-income mothers.

By 1907 the infant mortality rate in NYC had fallen from 92,5 deaths to 51 deaths per 1,000 infants. As a result, Roosevelt concluded in 1908 that milk posed a health threat but no legislation resulted from it. It was not until 1921 that 90% of US cities with populations of 100,000 or more required pasteurization of milk.

One reason was that a six-year investigation study conducted by the National Tuberculosis Association and the Metropolitan Life Insurance company in 1917 verified that cow-to-human transmission of TB occurred and that pasteurization prevented it. Pasteurization was made compulsory and complementary to the National Eradication Program of bovine TB that had started at the beginning of the twentieth century when bovine TB was recognized as a contagious disease that was spreading and that its control was necessary. It is estimated that the eradication program, combined with pasteurization of milk, prevented over 25,000 deaths annually. By 1938, bovine TB had virtually disappeared.

The prevention founders of TB had to overcome many issues to change people’s perception of the cause of TB and to influence policy-making for prevention. The struggle to translate new research into policy still existsin our society. It does not matter if a problem is known, actions are only taken when consistent data is delivered, which may be too late in some occasions. Many lives could have been saved if the evidence that TB was also transmitted from animals to humans had been considered earlier and pasteurization had been introduced as a standard for milk suppliers in the early 1900s.

Even though bovine TB has been virtually eradicated in the US and some other parts of the world, it still poses a threat in low-income countries and those with a high burden of tuberculosis where TB is endemic. Some evidence suggests that the burden of bovine TB might be underestimated globally because of the absence of surveillance for M. bovis and the inability of laboratory procedures to differentiate M. bovis and M. tuberculosis. According to WHO data in 2010 there were 121 268 new cases of bovine TB of which an estimated 10 545 deaths were due to M. bovis globally. Seeing this numbers, one may think that it is a small proportion of the overall TB cases and that the problem does not need to be addressed.

However, this calls for public health action, as bovine TB can be prevented with simple measures like the regular control of the disease in cattle and access to pasteurized milk by the population. Therefore, global reassessment of the disease is needed to design prevention.