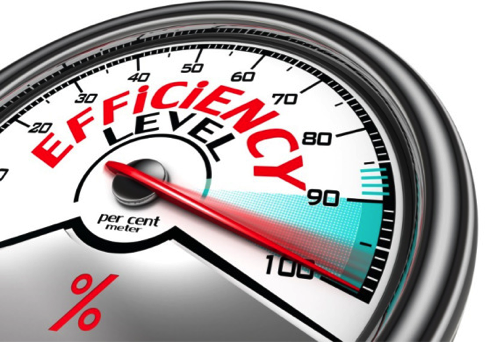 I recently had an eye-opening conversation with Sylvia Koniecki, who works at the coal face of migrant health in Granada. Sylvia has been the coordinator at Granada Acoge since 2010. It is obvious that she knows what it means to manage a small scale NGO and knows what is most important for its users. Read on and you’ll find out why applying management techniques doesn’t always work in the reality of her everyday work. But first, if you haven’t read the previous blog entry, go check it out now so you know more about the association and its organisational structure.

At Granada Acoge, like any organisation, the evaluation of the processes and impact of its programs is extremely important. The difference is that due to a lack of resources (time, personal, funds) they are not able to use highly sophisticated systemised tools. That’s not to say that they wouldn’t help, in fact, Sylvia said that:

So what do they do instead?

The evaluation of processes is primarily performed through regular team meetings which are used to constantly assess team performance and search for areas of improvement. Sylvia then transmits this information to the Board of Directors, ensuring that “…no arbitrary decisions are made…” at either end. A large part of her time is also used to check in on individual staff to assess their perception of how their work is coming together and to ensure they are supported. On top of that, each program generates a half year and end of year report to summarise its activities, its impact and new problems that have been detected. This allows them to further assess the impact generated through their work and to look for opportunities for improvement.

That being said, most of data that they obtain comes from face-to-face interaction with users. Information is collected by the professionals during appointments which provides information about their health and social needs. Most of the data they collect is qualitative whilst the larger programs (housing, employment) also collect quantitative data about program use and activities. Sylvia discussed how the amount of data they (could) produce in most of the programs isn’t able to be used to draw meaningful conclusions and also that their users are not demographically representative of the entire migrant population of Granada. In addition, their priority as an association is to always put the user first. Sylvia explained that there is a very fine line between collecting useful information and burdening the users and made it very clear that the priority of their work is to “…cover the needs before systemising (processes)” and to ensure that the users “…don’t feel like they are being studied”. She summarised this idea beautifully when she said:

“…they come here to fix their problems, not to have them studied”

Given the often complicated and emotional situations that users find themselves in, the professionals at Granada Acoge don’t always have the chance to ask additional (sometimes invasive) questions, even though they could be used to improve service quality. In the past, Sylvia has tried to collect data on key issues such as the exclusion from health care due to the Real Decreto-Ley 16/2012 but said that you can’t always “…give them another variable… (because the workers say) they always forget to ask if they have had a problem in the health centre…” or that “…(the user) came in crying and I had to (focus on other issues)…” It is clear that they prioritise the wellbeing of the user, before thinking about data collection.

This really made me wonder about how easy it is to lose focus of what is really important; the users. I feel like that is true for all health and social services, especially those that are under constant pressure to be “more efficient”. More and more, health organisations have to produce statistics to ensure that they are meeting performance goals, but is it possible that by doing this we are missing what is truly important? Shouldn’t we focus more on humanising our service provision instead of over quantifying and monetising what we do? Or is there always a trade-off between the almost fetishised idea of “efficiency” with more personal, humanised care? In no way am I taking away from the necessity of good use of resources and strong work practices, but I do think we need to reflect on how efficient we need to become before we lose focus of our commitment to our users and patients, and their wellbeing. Sylvia assured me that having automated processes could alleviate pressure on the staff and could also benefit the users in the long term, saying that:

“…when you have programs that oblige you to systemise, it works better than if you (have to) add it in”

But for now, their focus remains on their users and the “systems” come second.

The work of Granada Acoge has a profound impact on the lives of its users and their communities. That much we know. They achieve this without needing to rely on highly advanced systems or evaluation processes, which are somewhat inhibited by a general lack of resources to undertake such things. This makes us wonder…

Until what point do we need to evaluate and systematise this type of work and the impact it has?

What is the best way to do this (whilst continuing to prioritise the user)?

How could the impact of the work of Granada Acoge change if they adopted different management practices?

How could the users of the association be active in or control (parts of) these processes?

How do we separate these ideas from dominant market ideologies that can sometimes dominate these discussions?