It seemed like an ordinary afternoon for Max Chambers, a former student and classmate from my high school, who was driving to visit his grandmother in Florida, until the day took an unexpected turn of events.

The thing is, Max didn’t make it to his destination because he passed away from a critical condition in the hospital as a result of the car crash he was in. Max was driving in his lane when a teenage female took the wrong turn and had a head on collision. How could this happen!? Did she not see his car!? The teenager was distracted by her phone. That call or that text could have waited… She could have waited… 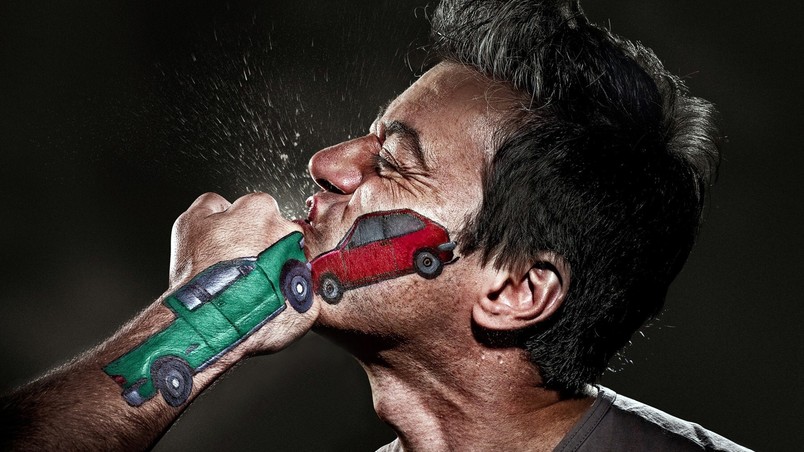 When you are ready to get your first car, one of the aspects that you take into consideration is safety. You want a car that is safe for you to drive, safe for those that you will be joining on the road, but we have to keep in mind that- most of the time- the biggest threat to the other drivers is not the car itself, but the drivers themselves.

Motor vehicle safety has become a 20th century public health achievement. The number of miles travelled on the road today is 10 times higher than it was in the mid-1920s. Despite this drastic increase, the death rate has declined from 18 per 100 million vehicle miles traveled (VMT) in 1925 to 1.7 per 100 million VMT in 1997. The motorization of America was a huge advancement for motor vehicle safety. There were stricter regulations that the state and local governments enacted, community-based advocacy groups were coming together and participated in road safety, and education has helped increase safer behavior change.

Although there have been significant changes in making our roads safer, it is still a working progress. Is it just me or does anyone else see the occasional woman trying to put her mascara on while driving and heading to work? Or what about the exhausted mother half-way turning her body and head to tell her child to stop crying and yelling?

There are many causes of motor vehicle accidents such as driving while intoxicated, falling asleep behind the wheel, or even aggressive driving. However, the leading cause of car accidents is distracted driving. In the United Sates, 25%-50% of all motor vehicle crashes are due to distracted driving. The device that has significantly changed the way we communicate with others has not only become an addiction, but it has also become the silent killer and culprit of car accidents.

I am not going to pretend that I have NEVER used my cell phone while I was driving. I have found myself looking down at my phone more than once for directions while using driving apps like Google Maps or Waze. I’ll admit it- I do not have the greatest sense of direction, and believe me, I will get lost if I don’t have one of these apps helping me navigate to wherever I am going. Seriously! I almost ended up in the state of Alabama when all I wanted to do was go to one of the Outlet Malls of the state of Georgia!

The city of Atlanta in the state of Georgia has become one of the busiest cities in the state. In fact, Atlanta has had the fourth highest populous growth from 2017-2018. This increase means more people on the roads which increases the rate of potential car accidents. More than 1,720 drivers are involved in Georgia car accidents every day.

Georgia along with 15 other states in the U.S., has taken action to reducing car crashes due to cellphone use while driving. The Georgia General Assembly has passed the Georgia Hands-Free Law, which is a law that has gone into effect since 2018. The other 15 states that have passed hands-free driving laws saw a 16% decrease in traffic fatalities in the two years after the law was passed.

Although motor vehicle accidents occur in the United States, it is a world-wide public health issue. Approximately 14% of people killed on European roads are aged between 18 and 24. Furthermore, elderly fatalities rose from 22% in 2010 to 27% in 2017. Injuries from traffic accidents lead to over 1.2 million deaths every year around the world, and are the ninth cause of death among all age groups at global level. In 2030, injuries sustained in traffic accidents will be the fifth major cause of death around the world.

While big efforts have been made in the policy level where governments have made stricter regulations and passed laws, education plays a vital role in teaching our drivers to be safe out there. A program that has emerged is Cifal Madrid RACE, which focuses on training and capacity building revolving around road safety. They have created online courses, workshops, conferences, and even degrees to achieve the goal of reducing accidents on the roads.

We have so many people creating innovative resources for everyone to help with road safety and bring awareness to this issue. In addition to the hand-free laws, we have devices such as the mobile mounts for cars that allow you to place your phone on your dash and still be able to look at the road. It all starts with initiative, education, and choices. You don’t want to be responsible for someone’s critical injury or death like the teenager who contributed to Max’s death. Do you?

So, be a SMART driver, DON’T take your eyes off the road, don’t take that RISK, and remember…. IT can wait.