You round the corner to the next aisle, hunting for something tasty to whip up for dinner tonight. A supermarket employee catches your eye and asks if you’d like to sample a veggie dish, featuring superfoods. «Super–what?» you ask.

What even makes a food super? The truth is there’s no medical or scientific definition of ‘superfood.’ This idea that’s captivated many eager customers is actually a marketing term adopted to sell foods with high nutrient density. ‘Superfoods’ may be advertized as having any number of added health benefits, like aiding weight loss, being rich in supposed ‘cancer-fighting’ antioxidants, or having anti-inflammatory properties.

The term superfood also holds a connotation of being authentic, natural, or somehow linked to ancient wisdom. These ‘untainted,’ traditional foods are seen by the affluent consumer as contrasting the industrialized food industry. For example, the author of Superfood Kitchen encourages her readers to buy superfoods in order ‘to send a monetary message to the companies who use chemicals at the expense of public health.’

Do they support public health?

If marketing campaigns successfully convince customers that eating healthy means incorporating superfoods into their diet, they are reinforcing the myth that eating healthy must be costly. This is quite dangerous, given that people in lower socioeconomic classes are already more likely to have less healthy eating habits.

Many ‘superfoods’ grow in unique habitats, which limits the possibilities of growing these ‘superfoods’ in places where demand is high, particularly in North America. This leads to an inevitably large carbon footprint in getting these products from farms to consumers’ farway plates.

And what happens when a ‘superfood’ is suddenly ‘discovered?’ With a celebrity mention, book release, or other endorsement, there is often no time to study the potential health implications on consumers or producers.

The case of quinoa 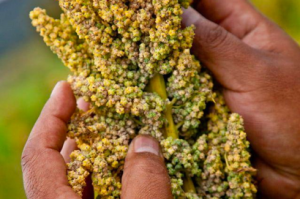 Quinoa is gluten-free, nutrient-dense food grown in the Andes. When ‘quinoa fever’ hit Europe and North America several media outlets reported that the price increase of quinoa meant that local populations could no longer afford to continue eating the quinoa they grew was debunked by Bellemare and Gitter’s research. However, the demands for all 3,000 varieties of quinoa have not grown equally. In order to meet the increasing demand in the developed world, farmers have focused on the production of only a few varieties. Losing the biodiversity of quinoa could prove disastrous in the future.

Traditionally, Andean farmers relied on the symbiotic relationship between quinoa and llamas. The llamas provided wool and meat and also fertilized the land for quinoa production. But to fuel the demands of a new globalized market, many farmers have abandoned their traditional subsistence farming techniques for commercial methods. Monoculture, the cultivation of a single crop, leads to dangerous environmental degradation. And if it’s not reversed, this has lasting negative impacts on local populations and their livelihoods farming in the future.

Açaí (Euterpe oleracea) is a small Amazonian fruit that has been consumed as a staple food in the Brazilian Amazon for hundreds of years. Recently, it’s experienced both a national and international boom and demand has increased by more than fivefold. The fruit is marketed as a ‘superfood’ packed with antioxidants and sold in smoothies and diet pills around the world, from Los Angeles to Tokyo.

In order to cope with the new international demand for açaí, many new palm trees have been planted. When an açaí palm is young, the top of the palm where the caches of açaí must be cut and harvested is very thin and will not support the weight of an adult. For this reason, child labor is essential to açaí harvesting. Instead of attending school, children make the risky climb to the tops of açaí palms, pulling themselves up the trunks using only a palm leaf strap wrapped around their bare feet. Research by Talley Monte concluded, “The production of açaí would absolutely stop without the work of children.”

Not the avocado too! 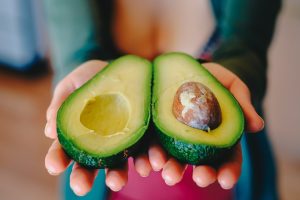 Avocado toast, avocado smoothies, and even avocado chocolate. The avocado market in Europe is quickly growing. Europeans consumed 400 million kilos of avocados in 2016 and more than 510 kilos the following year.

Mexico produces over half of the world’s avocados. The Mexican state of Michoacán is famous for being the only place that can grow the crop year-round, given its climate. In Michoacán, the local drug cartels also took notice of this new ‘green gold’ and began extorting local farmers for a cut. When faced with any resistance, drug cartels resort to violence. Several kidnappings and murders have even been linked to the avocado trade, earning the new name ‘blood avocados.’

So what’s the solution?

Quinoa, açaí, and avocado reveal some pervasive impacts of international food consumption fueled by scientifically questionable conclusions and marketing schemes. The rapid fluxes in sales caused by ‘superfood’ crazes in the developed world leave less developed countries to scramble to put into place safeguards to protect their local economies, environment, and health. 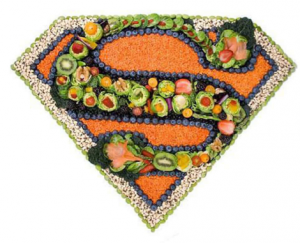 European Union regulations from 2007 on nutrition and health claims ban the use of health claims unless they are ‘clear, accurate and based on scientific evidence.’ This means marketing terms disguised as health statements for consumers — such as ‘superfoods’ — are banned on food labels sold within the EU. Unfortunately, other high-income countries, like the United States, have yet to follow suit.

Over-consumption is not sustainable. As consumers, our ethically sound solution is to eat locally grown, in-season crops. We need to recognize that ancient cultures from other continents have no monopoly on healthy foods and take a look at what is growing in our backyards. For example, eating apple sauce for antioxidants instead of açaí. Global food transporting is currently one of the fastest-growing sources of greenhouse gas emissions. The key to well-balanced, nutrient-rich diets doesn’t necessarily come across the ocean, no matter how shiny or super the packaging.