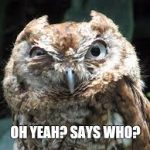 In the world of public health you will be unable to escape hearing about the World Health Organization. ‘WHO’ for short. And if you’ve never heard of it before, you might be living under a rock, because WHO is EVERYWHERE.

So, who put WHO in charge? Is the WHO really the robust international health organization we think it is?

The World Health Organization was not the first attempt to organize and empower countries to work together in order to conquer deadly and infectious diseases. The world has long suffered contagions such as smallpox, cholera, bubonic plague, tuberculosis and famine. Transmission of disease increased progressively throughout the 19th and 20th century and in the aftermath of WWII, governments agreed to take international action.

In 1945, replacing the League of Nation, 51 member states agreed to form the United Nations which then approved the first constitution of the World Health Organization by 1948. The WHO now has a total of 194 participating member states and coordinates world wide initiatives between other governmental, non-governmental, private, and public institutions and is the global reigning body of expertise on all health matters. 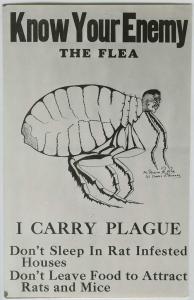 What followed was a sequence of world wide health campaigns, international research and development, vaccines, antibiotics, reduction in famine, the eradication of smallpox, control of communicable diseases, provision of high-quality primary care, the establishment of  environmental standards for clean air and water worldwide, and a general grand improvement of the standard of living of billions of people.

The global impact of the WHO in recent history of human health and quality of life is undeniable. More than eradicate deadly disease, the WHO has paved the way for an exponential growth of international coordination and partnership/collaboration. It has “developed uniform metrics and  methods, standardized interventions, gathered epidemiological intelligence, and has the means to evaluate the efficacy of programs.” Its presence is ubiquitous.

BUT, the WHO requires more authority or it needs to improve the balance between its normative and operational functions. The WHO is the “directing and co-ordinating authority on international health work.” It also obligates its participating members to complete whatever norms and standards it establishes. However,  as it stands today, there are no consequences or methods of enforcement to its regulations. So, has the international community really agreed on the function of the WHO? 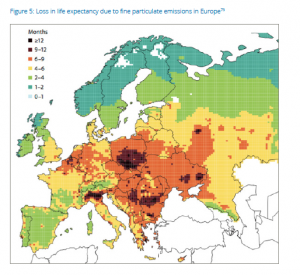 As citizens of countries who participate in the WHO and as public health workers, we should all be demanding more from our governments to lend the WHO more legitimacy. Over the past 30 years the WHO has become increasingly politicized and beholden to its financial backers more than to its constituents. A recent report from the EEU alerted us that 412,000 people died of premature death in Europe in 2016 due to poor air quality. All EU members are also WHO members, and yet, “sixteen of the EU’s 28 member states reported levels of nitrogen dioxide that surpass legal EU limits and are far from reaching the WHO standards,»

What purpose does the WHO serve if it has no authority, no transparency, no power over its member states? And lets not forget about the member states that have very little financial or governing power, whose citizens we are supposed to protect. 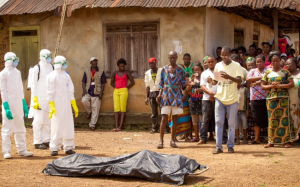 The 2014 Ebola outbreak is an example of how under-developed countries are most affected by the inefficacy of the WHO.

Yes there were many factors that contributed to the severity of the outbreak that were not possible to control. But there were also blatant shortcomings, like negligible timing and lack of personnel for which the WHO is 100% responsible.  Most of these issues boil down to lack of funding which brings us to another issue that has developed in recent years. The WHO has become political in its actions and can no longer make objective and authoritative decisions. After the outbreak of 2014 we know that The result was a humanitarian crisis that was conclusively preventable.

Moreover, at this rate, things will continue to get worse. Most agree that climate change will lead to more severe disasters and create conditions favorable to the spread of disease and increased famine and inequality. The urgency to collaborate and cooperate is more dire than ever. WHO will take action???

The creation of the World Health Organization is an achievement of the 20th century. We would be much worse off than we are now without it. However, we are in the 21st century and it has brought us new challenges. We have spent over a hundred years working together to eliminate deadly disease and decrease famine. Now it is time to become better stewards of our planet and better neighbors to each other. It is in the application and execution of our humanist views that we are failing miserably and there is no excuse for failure when we have come so far as to create a renowned and monumental institution like the World Health Organization.